The total negative effect, caused from research and development investments, their capitalizations and their depreciation, on EB´s income statement in 2014 was EUR -19.8 million (EUR -20.1 million, in 2013). 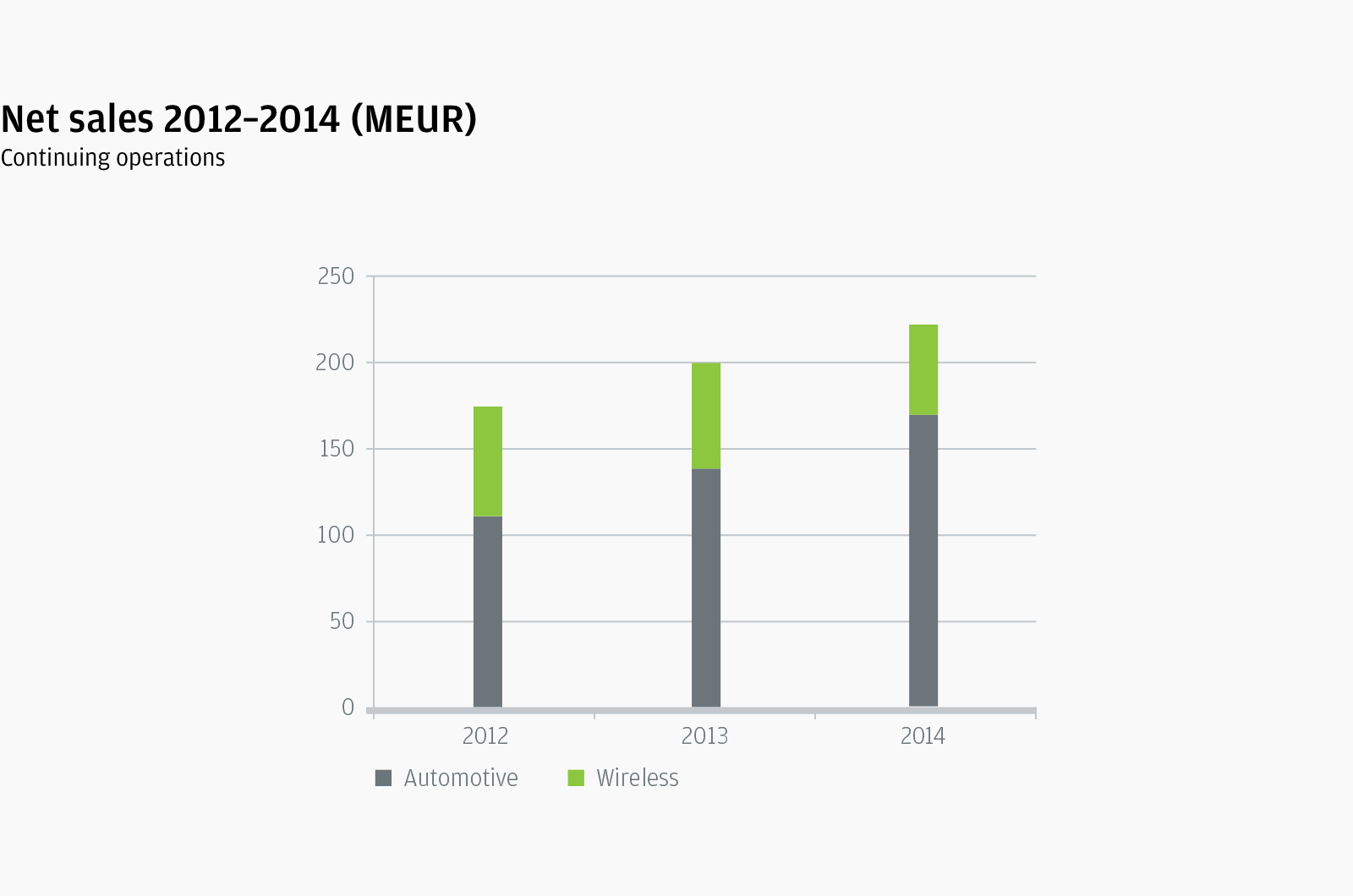 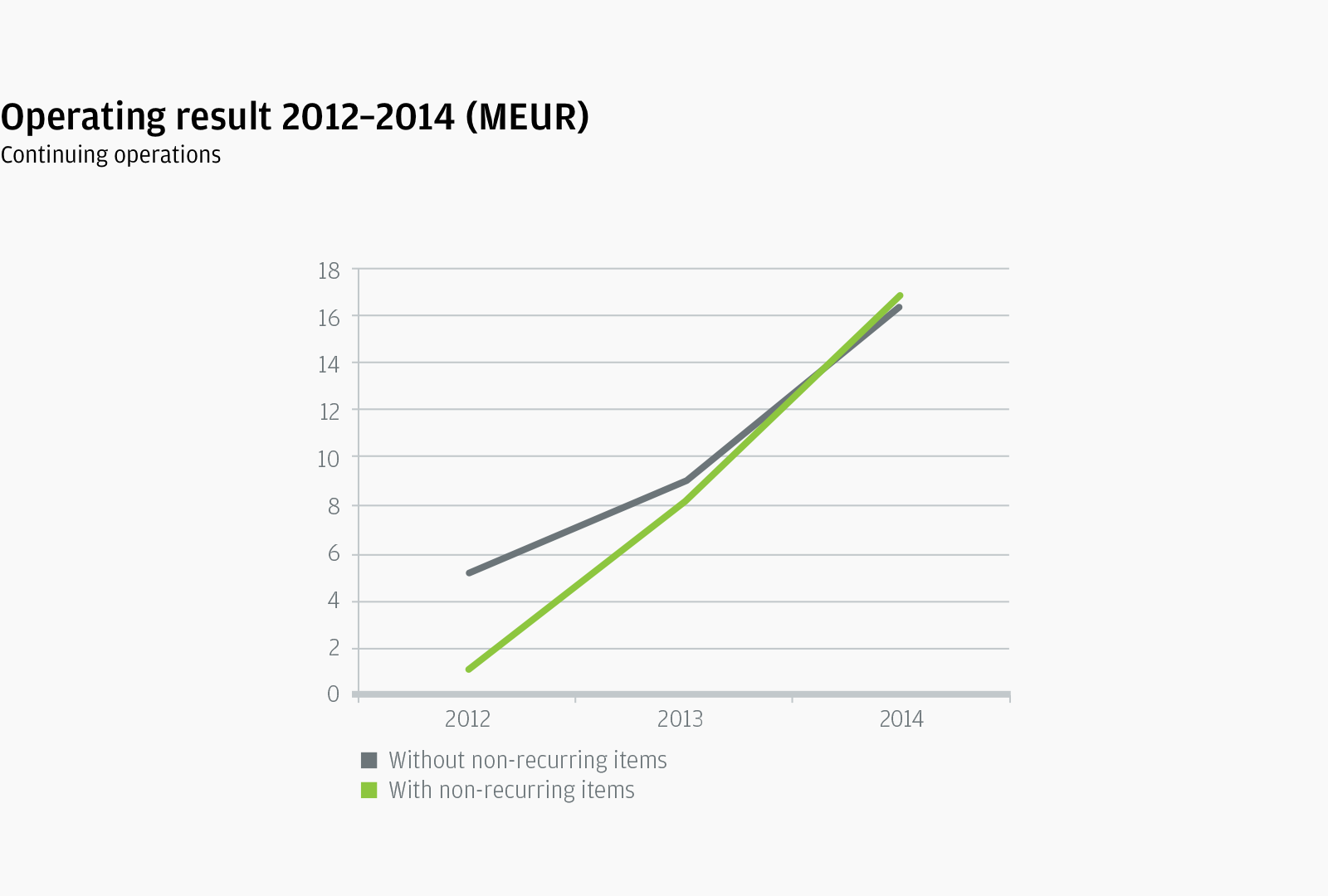 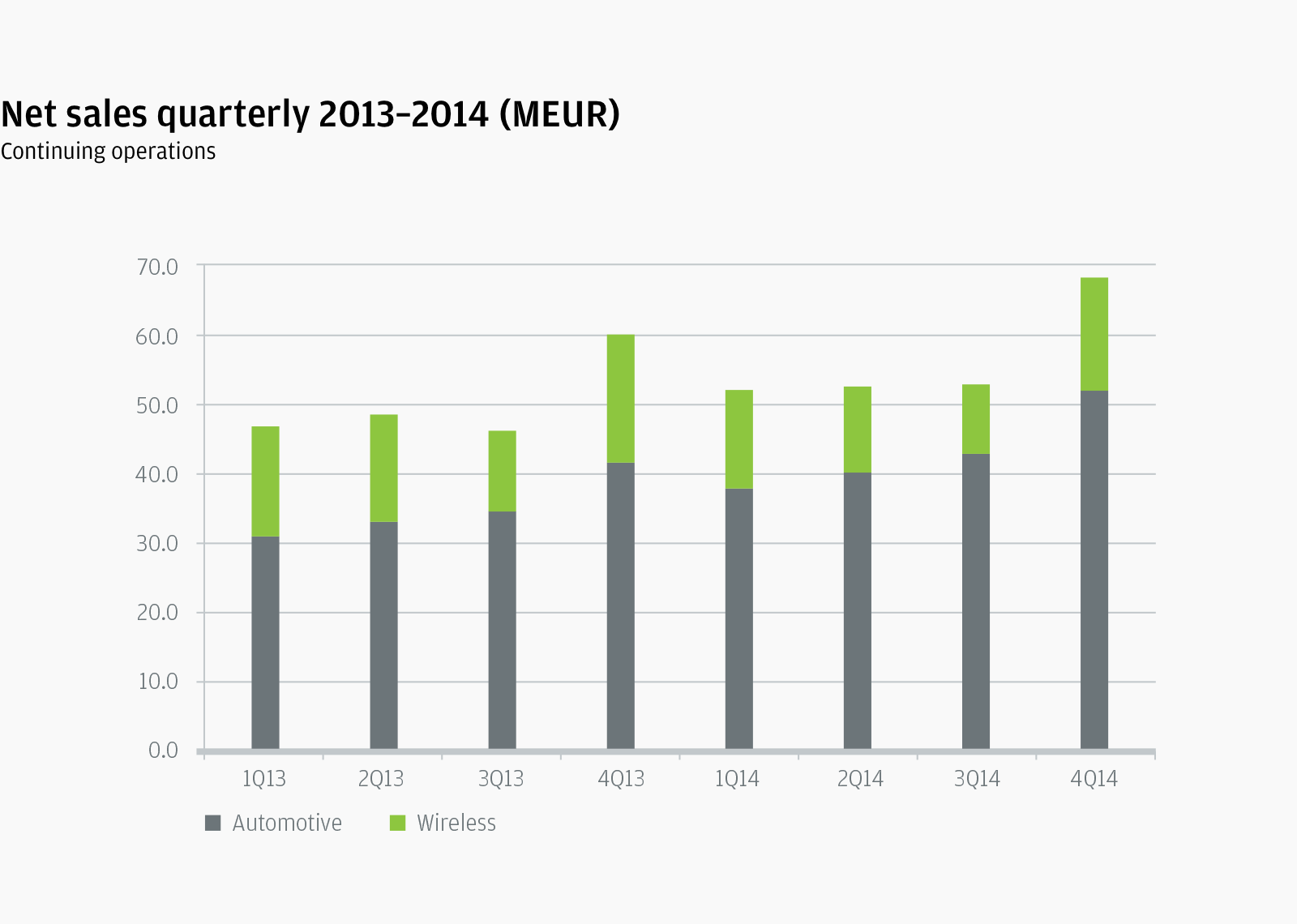 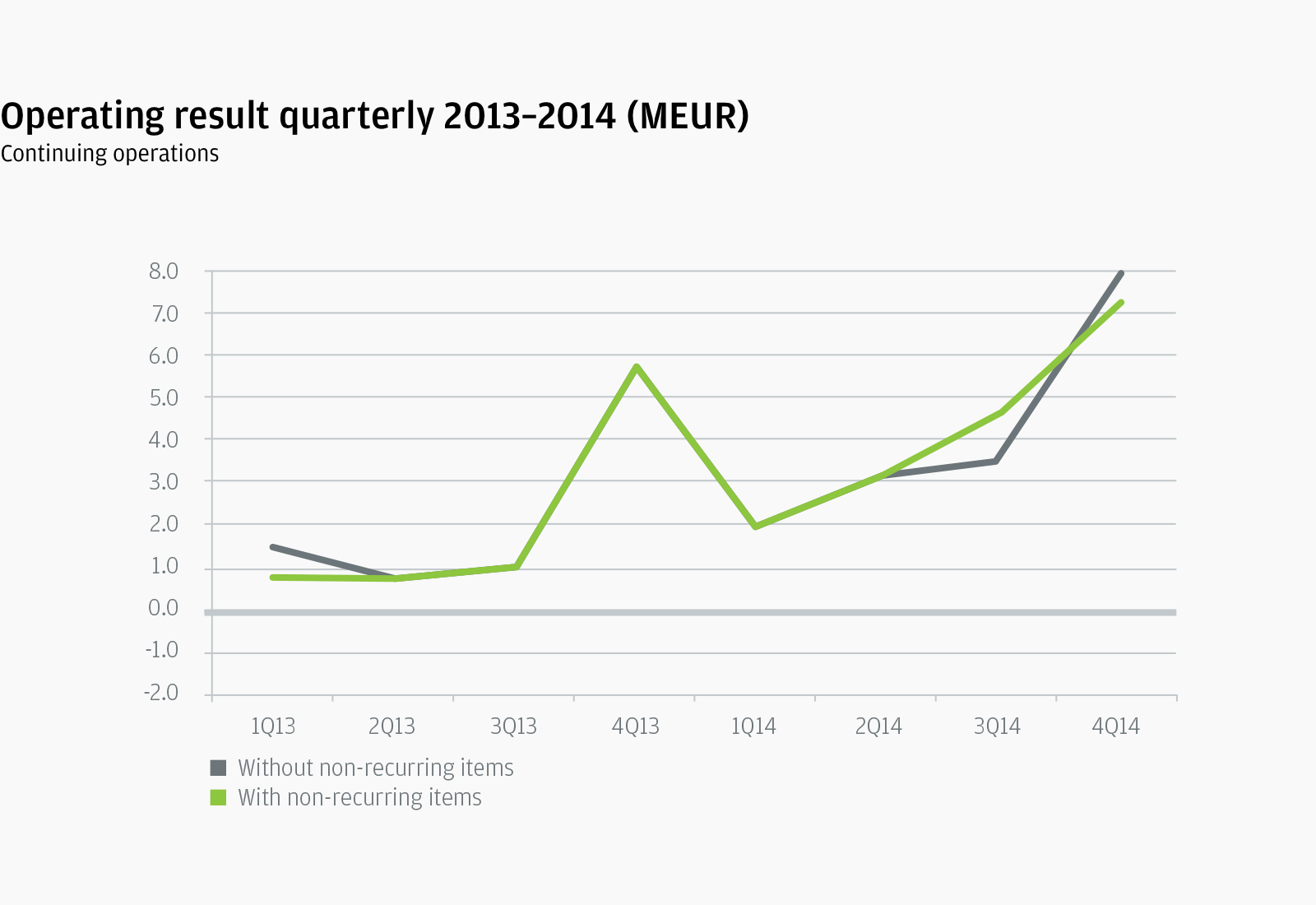 The 2013 figures presented in comparison in this Annual Report include the figures of Continuing Operations only.